Home prices are back to near-record highs across the U.S. amid rising demand and supply constraints, a sign that the lopsided housing-market recovery of the past five years is gaining some strength.

The S&P/Case-Shiller national home-price index, released Tuesday, has clawed its way back to within 4% of its 2006 peak, a steep rise from the… High Rents May Force Buyers Into the Market – theMReport.com

Rents have been on the rise for several months now as demand for rental housing has increased due to a short supply of homes for sale, particularly among starter homes, and high down payments. A recent survey showed that the pendulum may be swinging in the other direction, however.

The change is attributable to first-time buyers. In the most recent survey, more than fifty percent said high rent led them to the market, compared to only 25 percent of first-timers in August.

Home buyers trying to move up from their entry-level dwellings face a form of gridlock in the red hot markets of Toronto and Vancouver that risk confining them to condos, TD Bank says.

In a commentary released Friday, Beata Caranci said buyer’s gridlock refers to existing homeowners who are trying to move up from their entry-level home to the “trade up” segment but face a tight supply of options they can afford.

A distinctly different attitude exists in Orange County, but then too, the price points there are different than in many parts of the country.

Are days numbered for the starter home? – The Orange County Register

Is the shortage of modestly priced homes – and we’re talking Orange County values, by the way – the reason home sales remain historically sluggish, deep into an economic recovery?

A new poll of prospective house shoppers from Bank of America raises some intriguing questions about the reluctance of local homebuyers to dive into the market. Orange County homes have sold in the past year near the fastest pace seen since the Great Recession, CoreLogic stats show. Six years after the recession ended, though, the market is still 20 percent slower than historical homebuying from 1988 through 2006.

BofA pollsters found only 25 percent of potential first-time buyers in the five-county Southern California region want a starter home, the lowest level of among 10 major U.S. markets studied. And these local first-timers have a plan: 72 percent of those polled “are waiting to save more money and move into a nicer home in the future,” BofA said.

Where Have All the Starter Homes Gone? | U.S. News & World Report The current state of housing markets across the country may have first-time homebuyers wondering if the concept of a starter home is the stuff of legends, or if someone, somewhere is getting a great deal on their first house.

With low housing inventory and new construction focused on luxury condominium and apartment buildings, homes that would have once been considered entry level – those on the lower end of price range, typically most affordable for buyers entering the market for the first time – may now exceed starter home prices.

While high demand is driving home prices out of budget for many first-time homebuyers, it’s not the only factor leading to an apparent lack of entry-level housing. In many cases there are homes available, but they are maybe a little too “starter” than most homebuyers today are willing to accept.

“Buyers today, as much as they say, ‘I want a starter home,’ they want the second one up,” says Gina Giampietro, a Realtor for Re/Max Select Realty in the Pittsburgh area. 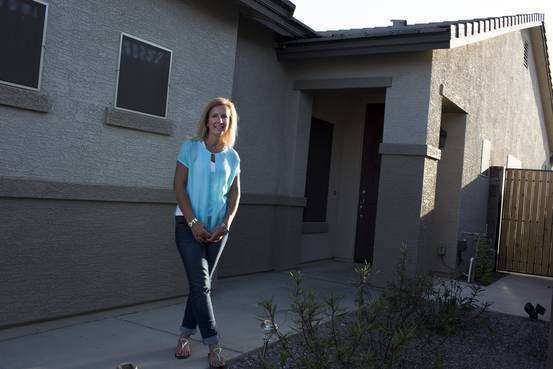 At Paradise at Ironwood Crossing, a 2,100-home master-planned community southeast of Phoenix, new houses starting as low as $170,000 are snapped up within weeks of hitting the market.

The starter homes in this suburban enclave are among the most affordable in the metro area, said Dennis Webb, vice president of operations at builder Fulton Homes,…

Minneapolis and Beyond Referral Services